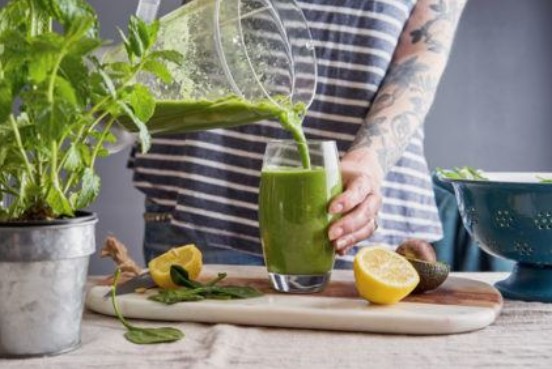 Turmeric’s anti inflammatory powers will dominate 2017 to 2020. That is all about organic moringa powders. North American healthy food companies have discovered this super-green from south of the equator, and it’s being touted as an even more powerful inflammation fighter.

Called the “world’s most useful tree” by scientists, moringa’s healing history in India, Chile, and Africa has been little known in this part of the world. But its nutrition profile is now becoming super brag-worthy on the wellness scene: It has twice the protein of spinach and three times as much iron, says nutritionist Kimberly Snyder. According to the journal Ecology of Food and Nutrition, it has impressive amounts of calcium, potassium, and vitamin A. So this is pretty much a Survivor Island super food of choice.

Fortunately, the veggie has a likable taste—its seeds are slightly sweet, and its ground leaves are nutty and grassy like tea. So food companies are not wasting a minute adding moringa into everything from moringa powders and super drink like Moringa Elixir Super Drink. Moringa’s even entering the chip aisle, where you can grab a bag of Vegan Rob’s Moringa Puffs for your next Netflix girls’ night in.

Oh, and in 2018 expect beauty brands featuring super-nourishing Hosanna Wind moringa oil (which is only item that has USDA Organic, US FDA, GMP, Europe Organic ,Vegan Society, Halal Certification, Star-K Kosher Certification) to make a point of telling you how great it is for your skin. Based on our research, they should be right.

Please visit EBZAsia.com or review our other post at